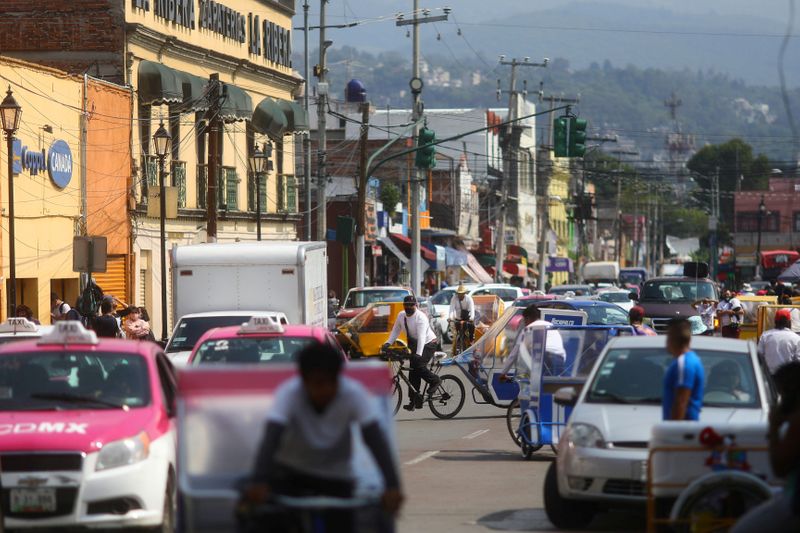 
MEXICO CITY (Reuters) – Mexico has started getting people back to work again in August after losing 1.1 million formal jobs between March and July due to the economic fallout of the coronavirus pandemic, President Andres Manuel Lopez Obrador said on Saturday.

“We’ve stopped losing jobs,” Lopez Obrador said in a video posted on YouTube. “So far in August almost 15,000 new jobs have been created.”

Citing data from Mexico’s Social Security Institute, Lopez Obrador said 1.1 million formal jobs were lost between March and July, with the nadir in April with some 555,000 losses. That slowed to 3,900 formal job losses in July, he said.

The bulk of Mexicans work in the informal economy, and they have borne the brunt of job losses triggered by the pandemic’s effects on Latin America’s second-second largest economy.

Dollar Continues Downward Trend Ahead of Trump-Biden Debate By Investing.com

Dollar Steady Ahead of Presidential Debate; Sterling Strengthens By Investing.com

Volatility To Continue As Investors Shift Focus To Trump-Biden Debate By Investing.com

Volatility To Continue As Investors Shift Focus To Trump-Biden Debate By Investing.com